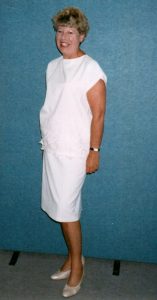 Diane has written numerous articles for publications in UK, Australia and New Zealand. In 1997 she was selected to testify before the Australian Government’s Inquiry in the Treatment of the Census Forms. She has been a lecturer in genealogy at TAFE Campuses, was convenor of the 9th Australasian Congress on Genealogy and Heraldry at the University of Western Australia and presented papers at the 9th, 10th and 13th Congresses. She was Project Coordinator of the Rockingham & Districts Schools Records Project, now an ancestry.com.au database.

Over the years Diane has delivered a wide range of lectures, courses and workshops on many topics, to family history societies, libraries, community and education organisations. Her repertoire of around eighty presentations includes genealogical flavours such as ‘Marriage Laws, Records & Customs’’ and ‘Barking Up the Wrong Tree’, and general interest topics such as a series of lectures on ‘Women in Politics’, ‘Cole Porter – the Man and His Music’ and ‘Western Australia’s Wild West’. It goes without saying that the Crimean War received its fair share of perspectives in her many presentations on this topic.

Diane creates the content and maintains the pages of this website and ‘sister sites’  20th Company of Royal Sappers and Miners and the Redcoat Settlers from Western Australia’s Military Establishment in the 19th century.