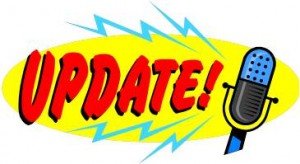 If you ever get the opportunity to visit the Crimean Peninsula and take a tour of Sevastopol, it will become immediately apparent that this city has been bombarded in three major wars: The Crimean War, World War 1 and World War 2.
One hundred and sixty-five years ago on 9th April 1855, Sevastopol was bombarded for the second time by the British during the Crimean War.
[Images from Wikipedia]

NO UPDATES FOR NOVEMBER 2021