Lord Raglan was built in Cardiff in 1854 for shipping magnate, Duncan Dunbar. Dunbar owned the biggest sailing fleet in the world in the mid-19th century – mostly built in his own shipyard in Moulmein, Burma – but he also built ships in other yards or commissioned them to be built. She is not an easy ship to identify as there were a dozen ships registered as Lord Raglan in the mid-19th century; not surprising given the role Lord Raglan, the man, played in the Crimean War.

In 1858 Lord Raglan was employed as a convict transport for Western Australia and left Plymouth on 5th March bound for the Swan River Colony. She carried the 20th of 37 shipments of male convicts destined for Western Australia. The voyage took 88 days and Lord Raglan arrived in Fremantle on 1st June with 268 convicts on board; two had died on the voyage. Only one convict, that I am aware of, fought in the Crimean War – William Balmer, 1st Royal Scots Regiment of Foot. He had faced a General Court Martial in Malta for theft and abusing a superior officer. However, a further eleven convicts on the voyage were also commencing their sentences handed down from courts martial.

Thirty enrolled pensioner guards, 21 wives and 28 children were on Lord Raglan; of these, Timothy McCarthy (aka Goggin), 18th (Royal Irish) Regiment and John O’Connor, 4th Dragoon Guards, had fought in the Crimean War. Of the four warders arriving at Fremantle, James Graves and Rice Saunders served in the Turkish Contingent in the Crimea.

Captain Thomas Hybert managed the 38 crew on the voyage, and John Bower the Surgeon Superintendent cared for the general health of everyone on board. Spiritual matters were taken care of by Rev. Frederick Lynch who travelled with his wife and two children; another child was born at sea.

Dr John Bower’s surgeon’s journal for the voyage is preserved in the National Archives, Kew. Researchers can view a copy on the Australian Joint Copying Project (AJCP) microfilm reel 3181 which is held in most major libraries and archives throughout Australia. It can also be accessed by subscription on the ancestry.co.uk website. 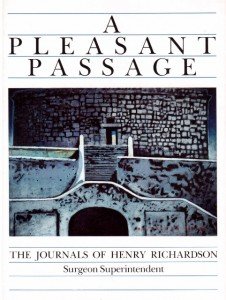 Less than two years later, Lord Raglan was back in Fremantle. She came to collect two Sergeants and 13 rank and file soldiers of the 20th Company, Royal Engineers (formerly Sappers & Miners) who were returning to England after – for most of them – eight years and five months in Western Australia. Henry Richardson was the Surgeon Superintendent on board and recollected details of the voyage in his journals, later published as ‘A Pleasant Passage’.