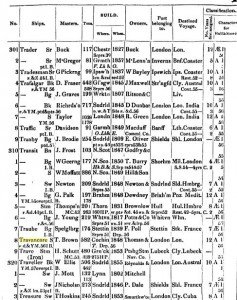 Passengers
Travancore carried a total of 256 passengers comprising 27 single men and 55 single women. 116 married persons were on board including a number of convicts’ wives intending to join their husbands in the Colony. There were 58 children under 12 years old on board.

Inquirer & Commercial News 6 May 1857
Among the passengers was Captain J D McQueen appointed as a Staff Officer, Enrolled Pensioner Force 1857-1859. He commanded the Fremantle Detachment and resided there. 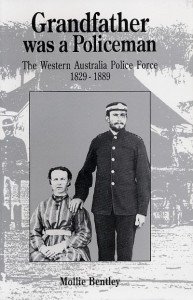 Six policemen formerly from the London Metropolitan Police Force had been appointed in England to take up positions in the WA Police Force. These were Sergeant Richard Gash, Constables Henry Charles Dunmall, Joseph Dyer, John Hyde, John Mewett and William Snook with wives and children. Of these men, Constable Joseph Dyer was a Crimean War veteran formerly in the Royal Mounted Staff Corps who had seen action at Sevastopol.