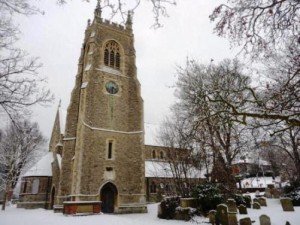 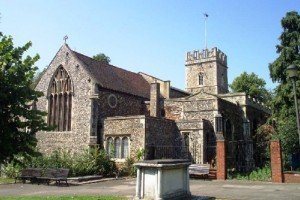 John Richard Gray was born to William (a painter) and Mary Gray on 25 Nov 1831 and baptised in St Mary’s Church, Chatham some nine months later. He enlisted in the 57th Regiment of Foot at Rochester, Kent at the age of 15, an under-age Private.  A week after his 18th birthday (full-age for Army service), he was appointed Drummer.  He was to remain in this capacity with the 57th for 18 months when he transferred into the 4th Light Dragoons – or more accurately the 4th (The Queen’s Own) Regiment of Light Dragoons. Thus he was serving with what was to become one of the five most famous regiments in British military history. Together with the 8th Hussars, the 11th Hussars, the 13th Hussars (or Light Dragoons) and the 17th Lancers, they were the men who took part in the Charge of the Light Brigade at Balaclava.

England to Varna, Bulgaria
On 12 Jul 1854 the 4th Light Dragoons marched to Plymouth where they embarked on the troopship Simla.  After boarding the Simla Lord George Paget, the regiment’s commanding officer,  assembled all the men on deck, complimented them on the embarkation and led them in giving three cheers for the Queen, for a glorious war, and happy return.  The Simla arrived at Malta having beaten the fastest time of six days and 20 hours previously set.  John Richard Gray was among them and little did they know what awaited them at Varna – flies, ants, swarms of locusts and cholera everywhere. (Dutton:21).

A Battle, a Charge and a Siege
Gray fought at the Battle of the Alma (20th September) without an apparent injury, despite this extract of an account by one of his fellow-privates: “When we had time to look around us, we were horrified by the sight of the wounded, who lay scattered around in all directions ………. sometimes legs and arms were lying by themselves while the men were lying a little distance off”.  (Dutton:48).

On that fateful day at Balaclava (25th October) the five regiments were lined up in the “valley of death”: the 11th , 17th and 13th at the front with the 4th and 8th behind. It took no more than seven minutes to decimate Britain’s finest cavalry units with up to 70 rounds of shot from ten guns on the Fedioukine Heights, another bombardment of around 40 rounds fired from the Russians placed at the captured redoubts on Causeway Heights, and finally the 100 rounds from the Don Cossack Battery and yet more Russian regiments behind the Battery.

At Balaclava Gray received a “slight wound” and was shipped off to the Barracks Hospital at Scutari.  He was not attended by Florence Nightingale’s nurses since they did not arrive until the following month.  Gray must have been patched up sufficiently to live to fight another day as he took part in the Siege of Sevastopol. There is some suggestion that Gray was a trumpeter in the 4th Light Dragoons, but if he was, it was not as lead trumpeter at the Charge.  That ‘honour’ goes to Trumpeter Brittain of the 17th Lancers who was wounded in the Charge and died less than four months later.  All told about 673 took part in the charge, 250 were killed or wounded; 332 horses died that day – Gray’s was one of them.

Home Again
In May 1856 Gray returned home to his relatively new bride: he had married Isabella Kersey in Ipswich, Suffolk at the end of 1853.  The regiment was barracked there at the time, and Isabella was a local girl, daughter of Thomas and Rachel Kersey.  The couple travelled with the regiment to various stations in England until Gray was discharged in Dublin in May 1861. He was discharged ‘unfit for further service’ with a pension of eight pence per day for three years after serving 12 years and 171 days in the British Army. Gray’s intended residence was 27 Norwich Road, Ipswich; if not the Kersey residence, it was close to it. Thomas Kersey, Isabella’s father, operated a French polishing business in one of the many yards off Norwich Road.

The Prison Service
Gray joined the prison service and by July 1863 was an Assistant Warder at Chatham Prison. In March 1866 he applied for a position in Western Australia and was deemed suitable as he was given four months advance salary and good conduct pay from 1st July.  Gray, and presumably Isabella, boarded the Belgravia and arrived in Fremantle on 4th July. What happened to Isabella is a mystery. Did they bring any children to Western Australia? No death has been recorded for Isabella, nor births or deaths of any children of the couple.

Gray remained in the WA prison service supervising convicts on various public works. He appears to have been in the Albany area from 1868 to 1871 with mixed reports on his activities: he was accused of trafficking in kangaroo skins and in May 1869: Report by the Resident Magistrate in Albany for “repeatedly disobeying verbal and written orders about how the metal was to be laid on the road and a falsehood in stating that it was done as ordered. There was only 6 ins instead of 12 ins of metal and gravel spread … having no one to send in his place I have no choice but to leave him where he is, but he is not to be trusted.” However in 1871 the resident magistrate records after a visit to one of the camps, “I found both the sanitary and disciplinary condition of the men excellent … the huts were all clean and neat … I heard no complaints of the quality of the food.” And the Road Board expressed their satisfaction with the way in which he had carried out work at the road party near Albany.  In March 1872 the Albany Depot was closed and Gray returned to Fremantle with the last of the prisoners under police escort. (Barker:87).

A Visit to Ireland?
In 1872 John Richard Gray married Maria Wickliffe.  There is a record of the birth of John Lewis Gray in Tullynewtane, Antrim, Ireland on 16 May 1878: father John Richard Gray, mother: Maria Wickcliffe Gray.  The last records of John Richard Gray in Barker’s Dictionary (see sources) are over the entire period from August 1877 to October 1879, thus we can assume Maria returned to Ireland to see her family and gave birth while there.  The Belfast newspapers indicate that the infant ‘Johnnie’ died on 16 Nov 1878 on the passage back to Western Australia .  Maria certainly returned to WA because Elizabeth Minnie Gray was born in Fremantle 1879, married a Thomas Flintoff in 1902 providing John Richard Gray with two grandchildren.

Stop Thief
Gray’s close proximity to the prisoners had its downside.  In April 1872 the police reported finding Gray’s watch in the possession of a ticket of leave man in Albany – it was returned to Gray. At North Fremantle in June 1872, two men were charged with unlawful possession of gold and jewelry belonging to Gray.  Then in October 1873 the Grays’ home in North Fremantle was robbed of a cash box containing watches and jewelry; and in February 1875 another break-in  – this time the theft of wearing apparel.

John Richard Gray died on 24 Jun 1891 aged 60 from ‘Paralysis Alcoholism (Acute)’.  He was buried the following day in the Fremantle Cemetery. He had made a Will in favour of his wife Maria  who was named Executrix.

Trivia
The month before John Richard Gray’s death, another John Gray was reported in the newspaper as having made his 96th appearance in court – usually for drunkenness and vagrancy!

The 4th Hussars (Gray’s regiment’s name from 1861) was Winston Spencer Churchill’s regiment; he served in Egypt, as a war correspondent and on attachment to other regiments.