The McCorrys – citizens of the world

by Kathleen Janet Morgan
edited for this website by Diane Oldman

Richard McCorry was born in August, 1822 at Aghagallon (or Augnamullan) near the town of Lisburn in County Antrim, Ireland. Richard was the son of Margaret Dale who was born in Armagh in 1800. Richard enlisted in the 38th Regiment of Foot at Lurgan on the 16th February 1840 aged 18. 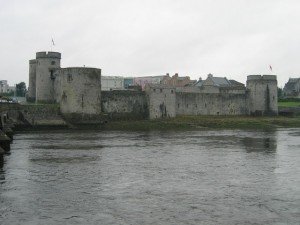 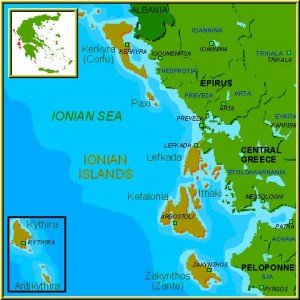 Richard began his service at Limerick, before boarding the ship Apollo and embarking for Zante, a part of the Ionian Islands which were under British rule at the time.  In October 1841 the regiment was stationed on the island of Corfu where they remained for some time until March of 1843, when they were transferred to Gibraltar. In January of 1846 the regiment was stationed in Jamaica where Richard spent some time as a hospital orderly and during this time was awarded his first ‘good conduct’ badge.

In the opening months of 1848 the regiment was transferred to Halifax, Nova Scotia; it was here that Richard met his future wife, Mary Fennell. Mary was born in March of 1830 and was the daughter of William Fennell and Catharine Shea. Richard and Mary were married by banns on the 9th September 1850 at St. Paul’s Anglican Church in Halifax Canada. 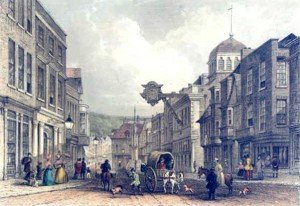 On the 1st of July 1851 Richard and Mary sailed with the regiment for England and in October, their first child was born. Richard William McCorry was born at Winchester, England on the 24th October 1851.  After a month’s furlough in November of 1851 Richard rejoined the regiment who where stationed at this time in Weymouth, England. On the 7th December 1853 another child, this time a daughter, Margaret Anne McCorry was born.

In April 1854 the regiment embarked for Turkey serving at Gallipoli and Varna before landing in the Crimea on the 14th September 1854. During the Crimean War the regiment was involved in the battles of Alma and Inkerman and were heavily involved in the siege of Sevastopol.  On the 8th January 1855 Richard was awarded the ‘Distinguished Conduct Medal’.  After the end of the Crimean war in 1856 the regiment returned to England arriving at Aldershot in July. Richard was deemed ‘free to discharge’ on the 6th September 1856.

In January 1858 he once again enlisted in the 38th Regiment, on guard at Colchester, before landing at Calcutta in July to re-join the regiment who were at this time in Lucknow after the siege of 1857. In January of 1859 the regiment were sent to Rae Bareilly where they were to take up guard duty, and on the 3rd June 1860 Richard was awarded his fourth good conduct badge. In the opening months of 1861 the regiment were once again on the move, this time to Berhampore, Bengal where they remained for several years. It is here that the third child of Richard and Mary is born, a daughter, Mary Elizabeth McCorry born on the 7th August 1861.

In May of 1862 Richard embarked for England and on the 13th June was awarded a fifth good conduct badge, before finally being discharged at his own request at Colchester on the 4th November 1862, having served a total of over 21 years. The character and conduct of Richard during this service being described as: “General character being very good,  he is in possession of 5 good conduct badges, also Crimean and Turkish medals with clasps for Alma, Inkerman and Sevastopol; and the medal for distinguished conduct in the field.” The family then returned to Ireland, living in Lisburn, where another daughter, Catharine, was born on the 8th April 1862 in Ballymacilhoyle.

Western Australia
In 1866, Richard was employed as an enrolled pensioner guard and migrated with his family to Western Australia, aboard the Belgravia, leaving Portland, England on April 7th and arriving at the port of Fremantle on July 4th 1866.

In 1874, following the escape of the bushranger Moondyne Joe, Richard along with Corporal Goodman, and Denis Hagan were each granted a 10 acre pensioner block north of Mount Ommanney,  and were to aid the local police in times of trouble. Richard continued to live in Northam, farming his small plot until his death on the 11th December 1888; cause of death being heart disease.