Lord Raglan wishes the cavalry to advance rapidly to the front – follow the enemy and try to prevent the enemy carrying away the guns.  Troop Horse Artillery may accompany. French cavalry is on your left.  Immediate. (Sgd.)  R. Airey. 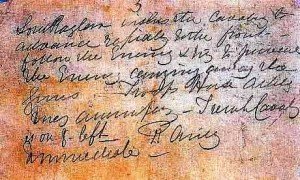 This imprecise order given by Lord Raglan, Commander in Chief of the British Forces in the Crimea, passed through several hands until misinterpreted by Lord Lucan, Commander of the Cavalry Division (Light and Heavy Brigades). The Light Brigade comprising the 4th Light Dragoons, 8th Hussars, 11th Hussars, 13th Light Dragoons and 17th Lancers were under the command of Lord Cardigan (Lucan’s brother-in-law).  The delivery of Raglan’s order by Captain Nolan and the execution of the order by 673 men was to be one of the biggest military blunders of the 19th century. The whole bloody business was over within 45 minutes, the result: around 250 men killed or wounded, 58 taken prisoner; 332 horses died that day (25 Oct 1854). A great deal of work has been undertaken to identify the men who rode in The Charge of the Light Brigade. Nine of the survivors of The Charge settled in Australia and three of these lived in Western Australia. 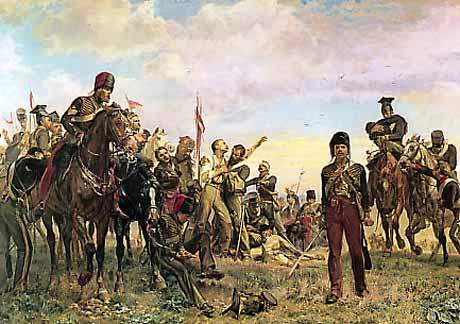 These days it is almost as fashionable to be a ‘near miss’ Charger as actually taking part. Richard Hourigan served in the 3rd Light Dragoons and transferred into the 4th LD in March 1855, thus missing The Charge. He was discharged from the Army in 1862 and was in WA as an enrolled pensioner guard by March 1864. Walter Randall enlisted in the 11th Hussars in December 1854, missing the ride into hell by a mere seven weeks.  He transferred into the 17th Lancers and came to WA after his Army discharge in April 1872. He was a Constable in the police force from 1877-1884. Charles Wilson served in the 11th Hussars but unlike some of his fellow-Corporals who were killed, wounded or taken prisoner on that fateful day, Charles did not ride in The Charge. His was a colourful story nonetheless. Later promoted to Sergeant, Wilson entered a drinking establishment in Kameisch with the intention of arresting a John Forrest. The Sgt. (Wilson) told him (Forrest) that if he did not follow him he would shoot him, at which the deceased turned round and told him to “Shoot away.” Wilson there and then drew his pistol from its holster and shot him dead. [Court Martial 27 Dec 1855].  Wilson was found guilty of manslaughter and transported to WA on the Nile. He died in Perth on 3 May 1886.

Now let’s get onto the real thing – those immigrants to Western Australia who really did ride in The Charge. 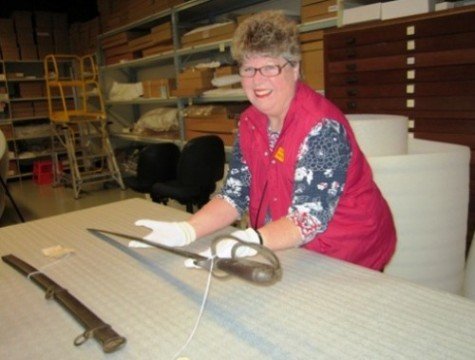 The only enrolled pensioner guard who rode was Private Henry Dyson Naylor #1460.  He enlisted in the 13th Light Dragoons at the age of 16; three years later he was in the Crimea facing the Russian guns with nothing but a sabre for his defence. Various accounts give his injuries as a fracture of the lower jaw (caused by a Russian sabre cut), a gun-shot wound to the shoulder and a wound in the loins inflicted by a cannon-rammer. Surprisingly he does not appear on the casualty list. He was sent home to England in 1855 and worked for a time as coachman to Maharajah Duleep Singh. He arrived here with his family on the Norwood in 1862, his regiment incorrectly recorded on the DPS website as ‘13th Dragoon Guards’ – an error that would mightily upset military aficionados, since there were only seven units of Dragoon Guards, the senior cavalry regiments. The Dragoons at the time of the Crimea were numbered 1st to 17th but with the fifth missing (another story!).  Naylor’s time in WA was spent briefly at the Camden Harbour settlement, as night warder and armourer at Fremantle Prison and even as a butler [Erickson]. Although he purchased land in Koojee (Cockburn Sound), he and the family lived in the Barracks at Fremantle. Naylor was very forthcoming with stories of his part in The Charge as his own accounts and his obituaries show. In 2012 Stephen Anstey, Perth Museum (History) Curator toured the various WA Museum facilities giving a talk about Henry Dyson Naylor – the reason: Naylor’s sabre was donated by his descendants to the Museum.

Private John Richard Gray 4th Light Dragoons #1485 arrived in WA on the Belgravia in 1866 to take up an appointment as Warder at Fremantle Prison; he had previously been an Assistant Warder in Chatham Prison. Gray first enlisted in the 57th Regiment of Foot at the age of 15 in 1845.  He was appointed Drummer in 1849 and transferred to the 4th LD in 1851 to serve in the regimental band. The Army had different plans: according to one report he was field trumpeter during The Charge and received a ‘slight wound, action at Balaclava’ [Casualty List]. He died in June 1891.

Our third ‘real’ charger is James Neal 8th Hussars #1185.  Neal was born in London and enlisted at the age of 18.  He was awarded the Crimean War medal with clasps for Alma, Balaclava, Inkerman and Sevastopol and went on to gain an Indian Mutiny medal. His wife Eliza was a school mistress in the Regimental School.  He was discharged from the Army in 1873 with the rank of Sergeant Instructor of Musketry. Neal came to Australia as a free settler and was living in Perth by 1875 (ship unknown). It is thought he later lived in Scotland [E J Boys].

Finally we have a definite charger but who was a ‘near miss’ to Western Australia – Private Arthur Berckleman 17th Lancers #871.  In the Pension Office records for Tralee District, Ireland, there is an entry during the April-June quarter of 1857 of a letter listing those men on the pension rolls who were eligible and willing to go to Australia as guards on convict ships. There is no documentary evidence that Berckleman came to Western Australia by this means but he certainly lived and died in Windsor, NSW [E J Boys].