Forfeited Pension
As a soldier convicted by court martial followed by transportation, William Balmer was not entitled to a Chelsea pension for either service or disability; thus records of his military service are not extant.  Balmer could have served his country for as many as ten years, but we can only be sure that he fought in the Crimean War with the 2nd Battalion of the 1st Royal Regiment where he was wounded at the final attack on the Redan in September 1855 receiving his Crimea Medal clasp for Sevastopol.  His brother, John, was in the same battalion and must have survived the war as he is mentioned on William’s prison records in Millbank and Portland as family or next of kin.

Both battalions of the 1st Royal Regiment saw active service in the Crimean War, with the first battalion fighting at the battles of Alma and Inkerman, and both fighting in the Siege of Sevastopol,where the regiment’s first was won.  After the war, the 2nd battalion moved to Hong Kong, and saw action in the Second Opium War. Thus had it not been for his court martial and subsequent transportation, William Balmer would have fought in China.

A Quiet Life
William Balmer received his ticket of leave less than a year after his arrival in the Colony and by September 1861 he was in Esperance where he received his conditional pardon.  He met and married Charlotte Harriet Hester in Albany in 1864. By 1869 the couple were farming in the Kojonup district on a tillage lease.  This lease was probably converted to a fee simple title before William died (1876) as it was described as such in probate documents completed by Charlotte ten years after his death and by then married to James Bridges. In fact Charlotte seemed entirely unaware that Letters of Administration for the intestate William’s estate were required in order for the land to be transferred to her. 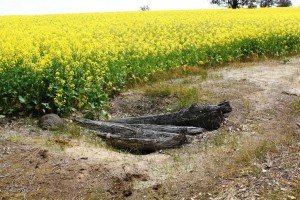 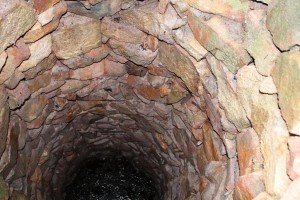 William Balmer’s quiet life in Western Australia as a farmer may have passed without recognition were it not for the murder of his friend and neighbour, Yorky Marriot. The convicted murderer, Peter McKean alias William McDonald, was the first person to be hanged in Albany. William Balmer was a police witness.  So, what is the story behind the hanging?

The Story of the Hanging
‘Yorkey’ Marriott, ticket of leave servant, was a quiet, thrifty, hard-working man.  Until the 1st of April 1872 he had been working for Thomas Norrish, of Eticup (Tambellup). On or about the 3rd he had been paid his wages in full £47.5.2. made up of six £5 notes, seven £1 notes, a note of John Ray Jr. for £10 and 5/2 in silver and copper.  The details are important for they helped to hang the accused.

In March Yorkey had taken up a tillage lease in Slab Hut Gully, about twenty miles south of Kojonup, and had paid £5 to James Lambe, tanner & currier who lived 5 miles on the Albany Road and in whose name the lease was held. Mariott had built two huts on the property, one for storage and one for living quarters; at the time of his death, he had laid the foundations for a house, while he waited for a neighbour, William Balmer, to plough his land. It was his custom to visit the Balmers, 4 miles distant, every Sunday, and he was always ‘clean and respectably dressed’.

In early June, William McDonald [aka Peter McKean] came to work for Marriott in return for his keep.  Thomas Chipper owed him money for sandalwood cutting and he had issued a summons against Chipper. Marriott had promised to take him into partnership should he win his case. Unfortunately McDonald did not reach Albany in time for the case and it was thrown out because of the non-appearance of the parties. This caused the accused much anxiety for he was in debt and he feared the loss of his job, as ‘Yankee’ Taylor who lived at Balmer’s had saved £200 and was willing to go into partnership with Marriott. That was the position late in June.

On Sunday, June 30th, Marriott failed to pay his usual visit to the Balmers nor did he come on the following Sunday.  Next day, Balmer and Taylor went off horse hunting and their way led past Marriott’s place.  Perhaps curiosity played a part here.  On reaching the huts they noticed a cart lying down in an unusual way, parts of the harness scattered about, and a body lying at the tail of the cart with a gaping wound in the front of the head and the face all eaten away. Balmer recognised the body as that of Marriott from the working clothes and the loss of the little finger of the right hand. He went into the storage hut, procured a kangaroo skin to cover the body, and went in search of the police.  He found Constable Armstrong four miles away.  The constable asked Balmer to return to the scene and take charge.  He did so and found in the second hut a native dog dead and a kangaroo dog.  Outside was a third dog tied up and close to starvation.  He fed the starving dog.

In the meantime William McDonald had been seen at various places – at Tenterden on the 30th, Mount Barker on the 1st July and in Albany on the 2nd.  The accused returned to Balmer’s from Albany on the 10th July.  At each place he visited the story was the same – he drank, ate and in payment flashed bank notes, sovereigns and silver. To each he told the same story but the times did not always correspond.  He had left Yorkey on Friday or Saturday taking a short cut recommended by Yorkey and had been lost three days in the bush.  When told of Yorkey’s death, he said he had always expected the horse to turn vicious. Unfortunately for him, all the witnesses at the trial said that Little Bob was a very quiet horse which had been handled by children of the previous owner, James Lambe.

No money was found on the body or in the huts, although Lambe testified that Marriott had £20 left after paying for the lease and making purchases. He added “Marriott was not likely to squander his money”.

Sergeant Kelly showed that the marks of the horse’s struggles were faked. An axe and spade with blood stains on it were produced in court but one of the deceased’s tomahawks was not found.

Dr Cecil Rogers who conducted the post-mortem on Thursday July 11th, stated that the right side of the skull was smashed in, but there were no marks of violence on the lower extremities.  The injuries to the head could not have been done by a cart wheel.  “In my opinion, the wound in the skull was caused by some blunt instrument used with considerable violence – not with an axe but with a tomahawk.  The cause of death was laceration of the brain.  I thought death had occurred ten or twelve days previously.”

The verdict was “Guilty” and the sentence “To be hanged by the neck till he be dead.”
[Dora Bulbeck 1969].