Post-Waterloo, the 23rd Royal Welch Fusiliers Regiment served with the Army of Occupation in France and Portugal, after which it served two more tours of foreign service: Gibraltar (nine years) and North America and the West Indies (eleven years).  At the outbreak of the war with Russia, the Welch Fusiliers were among the first troops dispatched to the East. With their old comrades, the Royal Fusiliers, and the Duke of Wellington’s (33rd), they formed Codrington’s Brigade of the Light Division, with which they served at Scutari and in Bulgaria and proceeded to the Crimea.

John Molloy, Private #1316 made an inauspicious start to his Army career (1838) convicted, at a District Court Martial, of desertion.  Nonetheless, he served his country well for the next 21 years, more than 13 of them abroad in Canada, Turkey, Crimea and East Indies. He was engaged at Alma when a company of his regiment were the first British troops to set foot on Crimean soil and exchange shots with the Russians.  Furthermore, a party from the regiment captured the first Russian gun on the heights of Alma. Molloy received his Crimea Medal clasp for actions at Alma.

About a year after the regiment’s return home, it was ordered out to China. However, intelligence of the outbreak of the mutiny in India was received while in the Bay of Bengal and the regiment’s destination was changed to Calcutta.  Molloy served with the regiment in India for 13 months, but there is no record of him receiving a medal for action in the Indian Mutiny. He was discharged from the Army in 1861 with a pension of one shilling and sixpence per day – a better pension than most – reflecting his length of service, rank and his four Good Conduct badges. 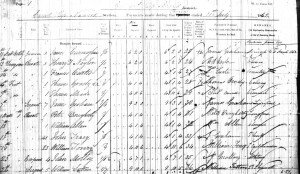 Western Australia
Fourteen months after his discharge he boarded Norwood bound for Western Australia; he had joined the enrolled pensioner force. Molloy’s wife Jane and children Thomas, John and Catherine travelled with him. Just over three weeks into the voyage, Molloy got into trouble:
“During the forenoon, Corporal Molloy was reported by the Sergeant Major for use of insulting and provoking language to Acting Sergeant Graham.   Offence clearly proved against him, sentenced him to have his Grog Stopped for 14 days, at the same time addressed the Guard relative to more particular attention to their duties.“ 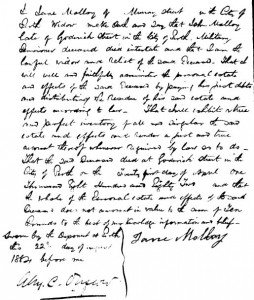 A Humble Legacy
In common with most of the enrolled pensioner force members, Molloy’s good news story in the Colony is mainly silent, while the bad news (a fine for abusive and insulting language in 1874 and his conviction at a District Court Martial and subsequent imprisonment in 1876) is there for all to see.  He died in 1882 of a fever, seemingly without much of a legacy “……. and that the whole of the personal estate and effects of the said deceased does not amount in value to the sum of Ten Pounds ……”

A humble legacy, except of course for his children, one of whom made a very large impact in his day which lingers on in the City of Perth, Western Australia.

Thomas George Anstruther Molloy was born in Toronto, Ontario, Canada during his father’s regiment’s tour of North America.  After arriving in Western Australia at the age of ten, his working career began as a teenager in the Co-operative movement.  He spent a year or two in South Australia but returned to WA where his career flourished. He was a journalist with the Daily News and commercial manager of the West Australian.  His road to real prosperity came when he became a real estate speculator and property developer. On Easter Monday 1897 he opened Theatre Royal; it was the first purpose-built theatre in Western Australia.

However, his most enduring legacy was to be His Majesty’s Theatre.  Built in 1904 at a cost of £46,000, His Majesty’s Theatre is a four storey ornately decorated Edwardian hotel and theatre. At the time of construction, Western Australia was experiencing the wealth, prosperity and security of a long running gold boom (Perth Heritage website). For many years it had the largest theatre stage in Australia. 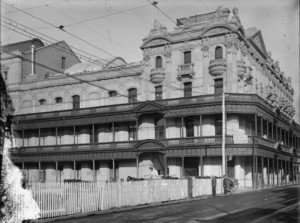 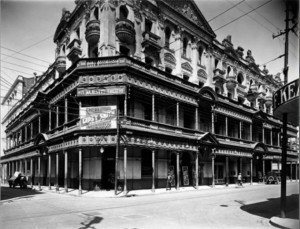 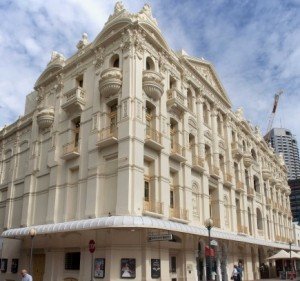